Just outside of the big city is a giant and seemingly inexhaustible heap of trash. It might be hard to believe, but there are actual people living on this pile. Every day, year after year, they make their living sifting through the trash, hoping to find the treasures that are buried in the pile.

Objectively, this is nasty work, as it is dirty and tiresome,  but someone has to do it; in fact, a surprising number of people seem to like doing it. Perhaps some of them are idealistic, at least initially? Puzzling as it may seem, their numbers increase every year. Maybe it is so attractive because it is honest work with lots of tradition?

Because real treasures are rare, all that most of these people ever find is just trash, never any treasure. Some of them are disheartened by this and eventually – often after many, many years – give up in frustration. Others persist. These are the people who manage to convince themselves that what they found is in fact treasure, while everyone else knows that it is really just trash. 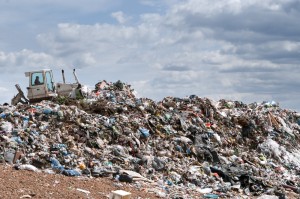 How it is done

Sometimes – very rarely – someone is very lucky and discovers a genuine piece of treasure buried in all that trash. Once this happens, there is great rejoicing throughout the land, vindicating the whole endeavor. Others will now start digging in the same spot in the hope that the treasures are not distributed randomly among the trash.

This is not surprising. Those that are the most successful at either finding genuine treasures, or those who are able to convince others that the trash they found is in fact really valuable are rewarded richly.

One cannot begrudge them. Digging through the trash is – after all – a nasty business, and there are always plenty of people who want to get hands on experience in the hope of eventually finding some treasures of their own.

And that is ok, as long as everybody knows that this is how it is done these days, so that there are no disappointments or regrets.

Is this the best way of doing it? Is this really doing it justice? Is this how it should be done? That is a story for another day.

2 Responses to The treasure hunters