Neurotycho – A farewell to an old man

Tycho Brahe was once a Danish Nobleman. Do not think that I am very much impressed by that as a title of nobility, but it meant a lot to Brahe. He cared nothing for nobility itself, in fact he disliked it, but he learned painfully and thoroughly that it pays the bills. Tycho had been observing the orbits of planets for over 20 years. He was really quite good at it. He was so good that the Danish King had been funding his observatory for this entire period, including galleries and libraries and printing presses and a papermaking works and assistants. I never met anyone as conceited as him. You heard that he got his nose permanently cut off. It was the same attitude that led him to lose his observatory and estate. After the King cut his funding, he had been thinking for months about leaving Denmark. He hadn’t done it because it would be too cruel to deprive her of himself, so it was a very healthful shock when King Christian finally made it clear that he was no longer welcome in the realm.

The next two years, Tycho spent in travel, first to Wandsbeck, near Hamburg, then to Prague, having left his family in Dresden. Tycho was in Prague on the invitation of Rudolph II, Holy Roman Emperor. Tycho was made Imperial Mathematician – a misnomer if I ever saw one – after an audience with the Emperor who provided new funding to build an observatory. You have to understand that in those days, Prague was not the city that it is today. It is only the stench of the streets, not the city walls, that kept the Turks at bay. You can imagine how a man like Tycho felt about all that. He set up his observatory in a remote castle three dozen miles northeast of the capital. That way, he also avoided the plague that was ravaging the Prague at that time. 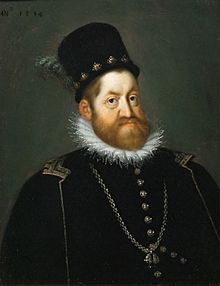 That is where we first met. You see, my father Heinrich Kepler was a traveling mercenary. He had a distinct fondness of hard liquor. My mother Katherine much believed in the healing powers of herbs. She was successfully prosecuted as a witch. When I was a child, I caught smallpox, which permanently left me with poor eyesight. Under these circumstances, I am not at liberty to be too particular about my employ. So I make do as a theorist and modeler, also casting horoscopes on the side to supplement my income.

I first met Tycho in February of 1600, he was almost twice my age. You would think this to be a promising meeting. Tycho had assembled the most comprehensive and accurate body of astronomical data in history. Yet, he had never analyzed any of it. Tycho needed to, in order to create a new set of tables for planetary positions, the “Rudolphine Tables”, named in honor of the Emperor. I had never in my life laid my hands on any actual data, but was confident in my abilities to model them. I also had a burning desire to get a paying job. I tried to convince Tycho to appoint me as his equal in the quest for the tables. Then, he could simply give me his collection of data and I could model the planetary orbits. But things did not work out that way. All I could manage after a year of negotiations was to attain a position as his assistant. Also, he did not give me free access to his data. I cannot imagine why. He knows of my skill. On top of all this, he calls me ungrateful behind my back and to my face.

I first became aware of his grave condition when I was summoned to his deathbed on October 24th, 1601, less than a year into my appointment. 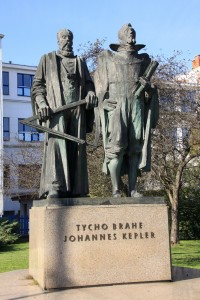 Tycho: “I don’t trust you, and you are ungrateful, but you have the greatest mathematical ability of all my assistants. I want you to complete the Rudolphine Tables. You have full access to my entire collection of data. I compel you to put it to good use”.

Tycho: “Kepler, you must ensure that I did not live in vain”.

Immediately after this exchange, Tycho died.

Such is the relationship between modelers and experimentalists. It really is an intriguing story. Tycho collected data for 40 years without ever analyzing any of it. Before the pressures of conferences, before publish or perish, before grants. He then is forced to giveit to a modeler who – despite his own preconceived notions – figures out what is going on.

Edit: Apparently, “Neurotycho” is a real thing. Who knew?

This entry was posted in Misc, Science. Bookmark the permalink.