A lot of people who want to get people excited about math assert that “Math is fun” and move on from there. However, for most of those they are trying to reach, nothing could be further from the truth. All this attitude betrays is that those who hold it are hopelessly out of touch with their intended audience. Surrounded by like-minded people, they are imprisoned within an impenetrable bubble of their own creation. In addition – perhaps not surprisingly – it betrays a profound lack of empathy. For most people who don’t share this premise, math is about as fun as learning to interpret cuneiform (not that there is anything wrong with that). The point remains – “Math is pointless torture” might be more apt to describe the experience of most. Thus, these efforts are largely ineffective and doomed to failure. They mean well, but are doing it wrong.

Examining a spectrum with evolving window sizes. This illustrates a fundamental uncertainty principle in signal processing. A narrow processing window yields precise information about timing, while a wide window is informative about frequency content. But not both at the same time. Life is about tradeoffs.

If anything, this situation is an instantiation of the expert problem – the fact that experts are different from the people they purport to serve and have a hard time intuiting the specific problems of non-experts, due to a lack of common ground.

To be clear: If one is familiar with the art, there are few pleasures more sublime than mathematical insights cast in mathematical formulations.

Looking at the same data through a Kaiser window 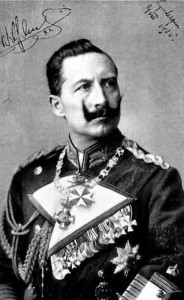 But how to get there? With regard to mathematics, most people sit in a well of ignorance so deep that the walls simply cannot be scaled. The slope is far too steep and is also made slippery by accumulated anxiety and dread. For the most part, this is not the fault of these people, but rather the end result of (usually) a decade or more of abysmally poor math instruction, focusing on formalisms instead of good explanations. The majority of people have been cheated out of experiencing this sublime “fun”. Stating it so (that it is indeed fun), doesn’t make it so. Not for most people.

An alternative approach lies in aesthetics. Aesthetic experiences are much more accessible, open to almost anyone, courtesy of the perceptual system (which takes up a quite sizable chunk of cortex in human and non-human primates). This approach sidesteps the problem of limited understanding, which is in itself self-reinforcing and self-limiting.

If intriguing enough, some inspired spirits might endeavor to understand the underlying principles that created the aesthetic experience in the first place.

Therefore, mathematical art is the way to go. Which is just as well, as math is about structures in conceptual space. It is only fair to making it visible (or doing the analogous thing for the auditory system) to a system that was built for extreme performance. So while it might not be justified to say that Math is fun, it is perhaps fair to say that it is beautiful.

The current approach amounts to nothing less but an intellectual crime. Ironically, it places math education firmly in the obscurantist camp – effectively, for most people. Strong words, to be sure. But it deprives billions around the world of the access to this kind of beauty and insight while keeping the flock of insiders pure and small. In the long term, this won’t do.

Math is so crucial that it could get away with a horrible interface for millennia. Not any more. Accessibility is key. Personally, I’m betting on aesthetics, with Kant: “Beautiful is that which is appealing without interest”. As we can’t presume interest, aesthetics can serve as an important bridge(head).

Note: This works for math because internal consistency is its only truth criterion. In most other fields, aesthetics leads straight to the dark side. For instance, attempts at linking aesthetics and scientific truth have been disastrous, from assuming that planets have to have circular orbits to assuming that their orbits have to have specific ratios to string theory. All elegant but misleading nonsense. Akin to stating that a sentence has be true if it rhymes.

Update: It has been brought to my attention that I am not the first one to think of this. I hope this turns into a movement.