Meet the netmonger – could it be you?

The most striking observation regarding this category is that it was entirely absent in the 1898 edition of this book. Meanwhile, it has become by far the most prevalent type, crowding out all the others. In terms of etiology, this can perhaps be explained by the fact that the prevalence of netmongers is closely tied to the presence of certain technologies, namely computers and internet access. In places where these are missing, netmongers are absent as well. Conversely, if fast internet access is available, all other types effectively convert to netmongers, particularly contemplators and bibliophiles, but also misfits and theorists.

What characterizes this – by now – extremely common and serious disease of the will?

Netmongers can be described as exhibiting pure akrasia. It is not the case that the netmonger is apathetic or lethargic. On the contrary, netmongers exhibit sustained and frenetic activity for long periods of time, during which they utilize the most powerful productivity tools ever conceived.  Moreover, they begin the day with the best of intentions to further their important scientific work. Yet, at the end of the day, they leave their place of business without having accomplished anything of relevance.

How is this possible?

This is best explained by looking at the typical day of the netmonger. When he arrives in his office bright and early, he first has to check his facebook page. After that, he checks his email for messages that might necessitate urgent attention. Both activities are repeated every 15 minutes, just in case. The netmonger has a lot of friends, so besides the link to the hilarious video on youtube, which he just watched, there is always something so extreme that he must share it with the rest of the world. Thus, he apprises his large crowd of followers of what is going on by posting it on twitter. Invariably, he does receive numerous immediate responses, some of which refer to the latest blogs that are relevant to the issue at hand. Due diligence requires that he read them carefully before crafting a response. By now, some dissenters have voiced their opinion, and wikipedia has to be consulted in order to resolve the dispute. Meanwhile, new messages have arrived, and the circle begins afresh. Doing this for several hours, the netmonger is exhausted and takes a break during which he reads CNN and the New York Times. Without fail, there is always a curious story to be found, which is itself linked to other stories that are of interest to netmongers. He cannot resist reading these as well. But even more interesting than these stories are the 2500 comments associated with it, some of which are just outrages and require a ruthless rebuttal. Of course, there is so much to read that the netmonger is often forced to skim. Consequently, he remembers only very little of what he just read. At this point, there are now 35 browser tabs open and it is almost time to go home. In any case, it is now too late to start something serious. Having spent all day at work, the netmonger indulges in a little guilty pleasure – cracked.com – before going home. 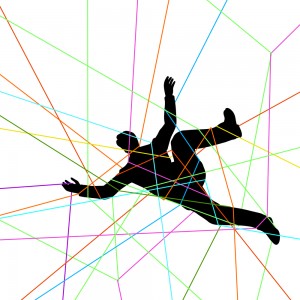 The netmonger is hopelessly caught in the web

The tragedy of the netmonger is that this disease of the will mostly affects people that are genuinely attracted to information. Of course, the internet supplies such copious, interconnected and ever changing amounts that these depths can never be plumbed, not even by the most severe netmonger.

This entry was posted in Life, Social commentary, Technology. Bookmark the permalink.