The neuroscience of violent rage

Violent rage results from the activation of dedicated neural circuitry that is on the lookout for existential threats to prehistoric lifestyles. Life in civilization is largely devoid of these threats, but this system is still in place, triggering what largely amounts to false alarms with alarming frequency.

We are all at the mercy of our evolutionary heritage. This is perhaps nowhere more evident than in the case of violent rage. Regardless of situation, in the modern world, responding with violent rage is almost never appropriate and almost always inadvisable. At best, it will get you jailed; at worst, it might well get you killed.

So why does it happen so often, and in response to seemingly trivial situations, given these stakes? Everyone is familiar with the frustrations of daily life that lead to these intense emotions such as road rage or when stuck in a long checkout line.
The reason is explored in “Why we snap” by Douglas Fields. Briefly, ancient circuitry in the hypothalamus is always on guard for trigger situations that correspond to prehistoric threats. Unless quenched by the prefrontal cortex, this dedicated sentinel system kicks in and produces a violent rage response to meet the threat. The book identifies 9 specific triggers that activate this system, although they arguably boil down to 3 existential threats in prehistoric life:

1) Existential threats to the (increasingly extended) physical self (attacks on oneself, mates, family, tribe)

2) Existential threats to the (increasingly extended) social self (insults against oneself, mates, family, tribe) and

3) Existential threats to the integrity of the territory that sustains these selves (being encroached on or being restrained from exploring one’s territory by others or having one’s resources taken from one’s territory).

Plausibly, these are not even independent – for instance, someone could interpret the territorial encroachment of a perceived inferior as an insult. Similarly, the withholding of resources, e.g. having a paper rejected despite an illustrious publication history could be taken as a personal insult. 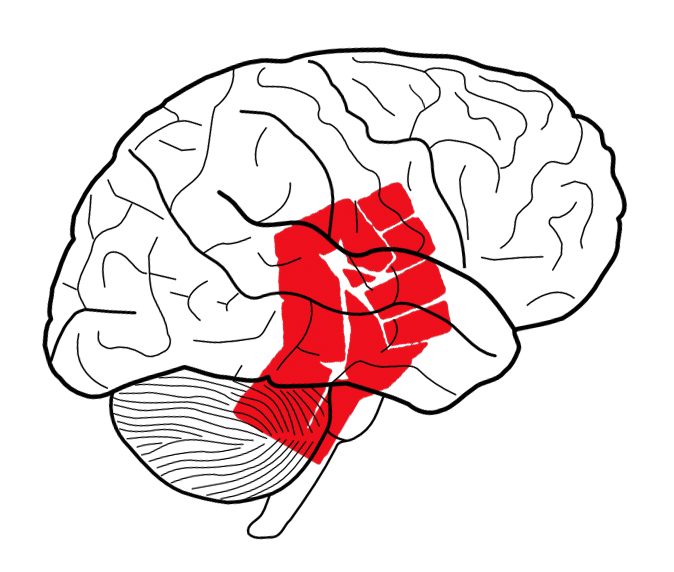 Understood in this framework, deploying the “nuclear option” of violent rage so readily starts to make sense – the system thinks it is locked in a life and death struggle and goes all out, as those who could not best these situations perished from the earth long ago, along with their seed.

Of course, in the modern environment, almost none of these trigger situations still represent existential threats, even if they feel like it, such as being stuck at the post office.

In turn, maybe we need to start respecting the ancient circuitry that resides in all of us in order to make sense of seemingly irrational behavior, perhaps even incorporate our emerging understanding of these brain networks into public policy. In the case of violent rage, the stakes are high, namely preventing the disastrous outcomes of these behaviors that keep filling our prisons and that kill or maim the victims.

Read more: Unleashing the beast within

1 Response to The neuroscience of violent rage