Why I am not continuing this online argument

I started our exchange in a spirit of friendship and respectful exploration. I hoped that we could maybe learn something. The reason I’m now discontinuing it is that I realize that this specific communication can no longer be meaningfully characterized in that way. In other words, nothing good can come of it, so it is best not to extend the triggering of adversarial circuitry. It does not mean that I concede the argument, it does not mean that you “won”. On the contrary. There is just no point continuing – victory conditions in an adversarial online exchange are ill-defined. Such exchanges only have a point if they are conducted in a spirit of mutual goodwill. I maintain this goodwill, but feel strongly that this is not reciprocated and that common ground has – for the time being – been lost. Perhaps we can regain it later. But that’s it for now, as we are at serious risk of simply making it worse. Not worth it.

This has never happened – it is a fantasy. Although an alluring one, fueling millions upon millions of of pointless internet arguments that are going on right now, as you read this. Let’s not add to that sad tally – it is not adding anything but vitriol, ill will and hatred. Illustration by: Michael “Flux” Caruso @fluxinflux

It is understood that you are wrapped up deeply in your subjective reality.  Trying to alter that will not be easy, so it might simply not be worth anyone’s time, let alone mine.

In the 21st century, one is dealing with a diverse range of people who are likely to construct reality quite differently. In other words, it is crucial not to confuse temporal and faux-spatial proximity online with importance (these heuristics do serve one well in offline interactions – people who are close matter, but the online space literally transcends space). Put differently, it is not only important to engage online, being able to disengage – the earlier the better – is arguably even more important: 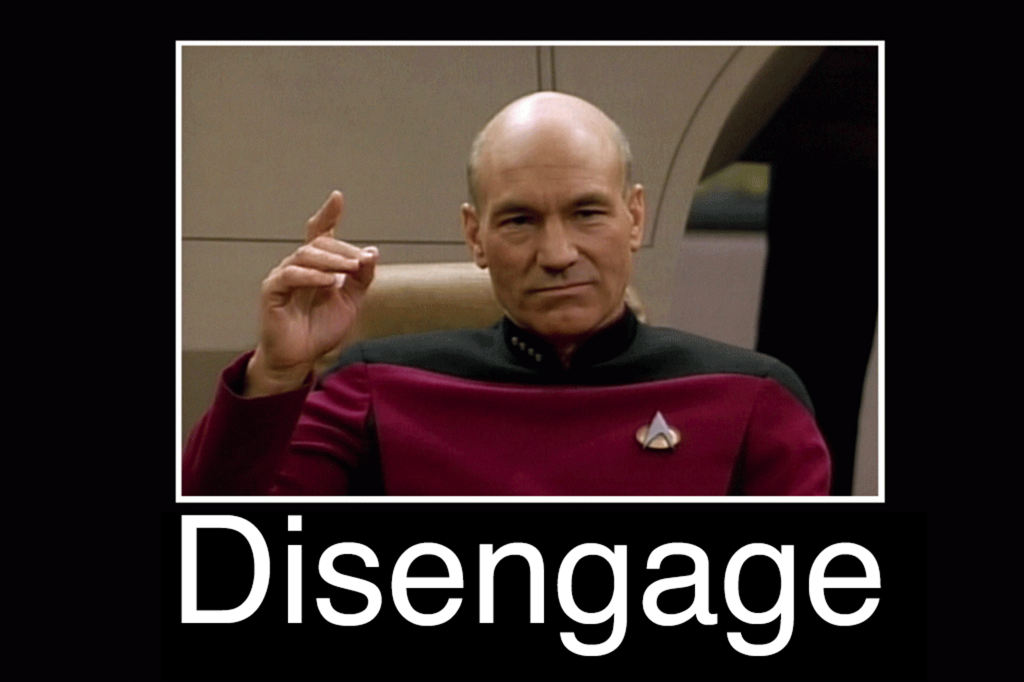 Never forget – victory conditions are ill-defined in such an exchange. It is tempting to think that your next “killer argument” will settle the issue once and for all. But that’s not how it works. Violence kills, arguments don’t.

This entry was posted in In eigener Sache. Bookmark the permalink.